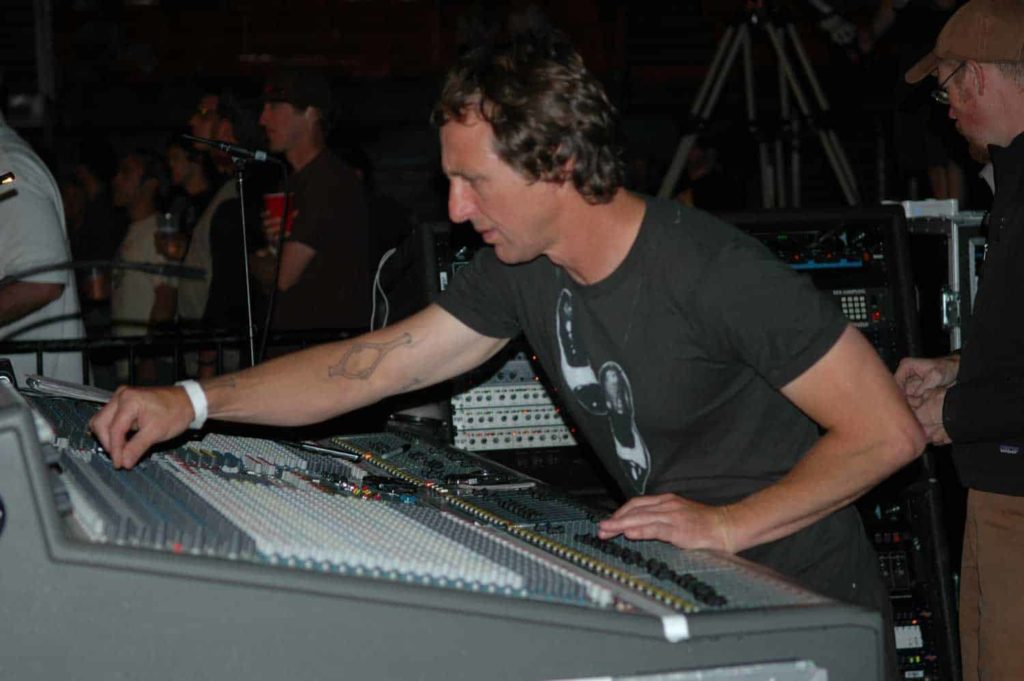 What was the make-up of the EAW ANYA systems used at Festival Supreme?

Where there any audio challenges with this festival considering it was held on the Santa Monica pier?

The promoter, Live Nation voiced concerns about noise issues because the Santa Monica pier is located near a high-density, high-end residential area. For this festival to occur, Live Nation needed to provide assurances to the city that significant efforts would be made for the sound to be contained and controlled. With the ability to alter the coverage dynamically using the ANYA system, we were able to offer the assurance that offsite noise levels could be minimized and rapidly mitigated without a negative effect on the festival. This real time coverage control was one of the driving factors behind our purchase of the ANYA system.

How did Anya allow you to offer assurances for sound containment to Live Nation?

We had no accurate way of determining what the effect of constantly changing environmental factors would have on sound coverage and didn’t know the exact SPL level tolerance that the residential neighbors would find acceptable. ANYA gives us the ability to control the sound coverage in real time and make alterations while the artist is performing.

What is the difference between the kind of coverage control you can get from Anya versus other systems?

With the ANYA system, all of the vertical and some of the horizontal coverage is determined electronically rather than mechanically which means we can stack or fly the system and then determine what area to cover.  Diverting sound away from offsite areas that are sensitive to excessive volume levels is one scenario where coverage control is useful.

What other scenarios have you had where Anya’s controls were an advantage?

We’ve had an engineer mention he was getting too much slap back off of a distant building at FYF Festival. The system tech was able make a change in the control software, reducing the coverage distance a bit and solving the issue. Historically, attempting to accomplish something like this would require turning speakers off or down, reducing the systems maximum output or the cumbersome process of physically altering the sound system height or angles.

Were you able to achieve the same sound profile for the listeners regardless of their location?

Mainlining a consistent coverage response and volume throughout the listening area was a goal that was counterbalanced with offsite noise levels. Often there are compromises to be made but I felt that having the added coverage control with Anya helped us achieve the balanced goals with a higher degree of success than we would have had without.

Are there any installation differences due to Anya’s unique shape?

Many years ago, before the proliferation of the modern line array and 3D prediction software, the sound crew would ask the production manager and promoter rep which seating sections had sold and which would be unoccupied and guestimate a PA hang we thought would work for the situation.  We would then cross our fingers, fly it up, and listen to it while running around the venue. We’d turn things up and down to try and achieve the most even coverage while hoping the promoter did not open any new seating sections. If there was a last minute ticket-buying spree and the promoter opened up more sections, it would cause problems. Covering unoccupied sections decreases sound quality by adding reverberation and reducing the maximum volume. Not covering sections with listeners denies those audience members a quality show and telling the band or promoter not to sell the seats results in lost revenue.

Modern line arrays changed this process.  Now, prior to the show, a sound technician inputs the venue dimensions into 3D prediction software. The tech then talks to the promoter rep or production manager, determines which areas will and wont be covered, and prints out very precise box-to-box angles, height that the sound system will be flown, and the angle that the system will point. The techs then hang the systems as close as possible to the exact specifications. Then, while listening, adjustments are made to the system angle and height if needed. However, just as before, if extra seats are sold in sections not covered, the PA needs to be physically moved or re-angled to try and compensate. This is especially an issue once doors are open and the audience enters the venue.

The ANYA system changes things.  We now have a lot more versatility and freedom.  Should we choose to, we can go back to the old school way of walking in and saying ‘fly the systems here and here’ and then determine the coverage later. We can fly the system before doing the 3D sonic prediction. We no longer need to determine angles between the boxes because there are no angles between boxes. Also there is no system angle and overall PA height can be determined by optimizing sight lines. Should the promoter tell us as doors are opening that they want to open several more seating areas, not an issue, the system coverage can be expanded to cover if need be.

In what situations and/or venues would Anya’s unique qualities also be helpful?

I foresee several applications where ANYA capabilities position it as the preferred system. First are venues where offsite noise levels are a concern because ANYA provides the ability to direct sound away from the people that complain. Second are venues with multiple seating configurations. To be able to cover the balcony or not cover the balcony while always having the entire sound system fully operational rather than turning off and on the balcony fills. Third are festivals with multiple stages and overlapping coverage areas. To be able to expand and contract the coverage area of the systems to suit the audience size in real time is highly beneficial. Also the ability for a sound engineer to artistically alter the coverage of the sound system to increase or decrease the reverberant sound of a venue is very interesting. Rather than adding more digital reverb for a slower song, ANYA offers the ability to expand the coverage creating more room reflections and actually create more reverberation naturally.

I think we are just scratching the surface of the capabilities of ANYA. Engineers can even have it loud everywhere except where the noise level measurement mic is…hmmmm…will have to try that!