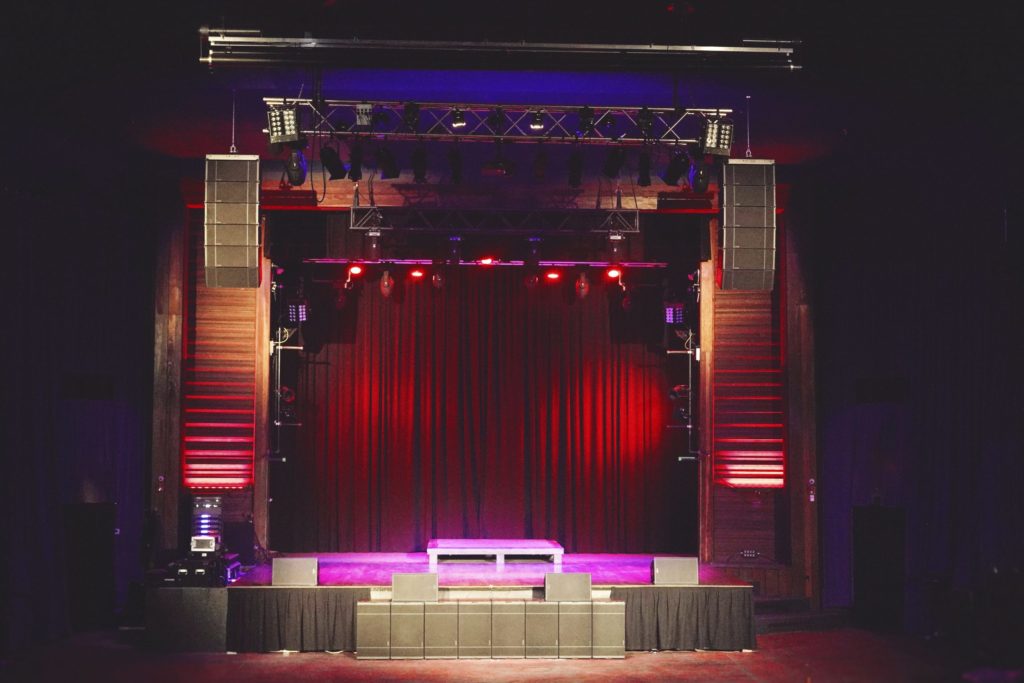 “The theater doesn’t specialize in one type of music or event, so we needed a versatile PA that could not only handle speech intelligibility, but also the decibel level of hip-hop and EDM shows,” says Scotty. “Numerous times, I was worried that we had been pushing the existing PA to its last watt. The older PA’s amplitude was never a problem as we could make it loud, but the coverage, because of the design of the theater itself and the number of boxes we had, just wasn’t adequate for the room.”

Scotty worked directly with Ben Davis from Sound Image who advised on the purchase and design of the rig. “Ben came out, looked at the room, took his measurements and discussed with us what was available within our budget,” says Scotty. “We looked at several different systems and EAW was clearly the best option. I heard the EAW rig in a few different environments and it always sounded amazing. Through my interaction with the EAW team, I knew I wanted to work with them. Also, a lot of the acts/engineers that come through the venue know EAW, which added to my confidence in the brand.” 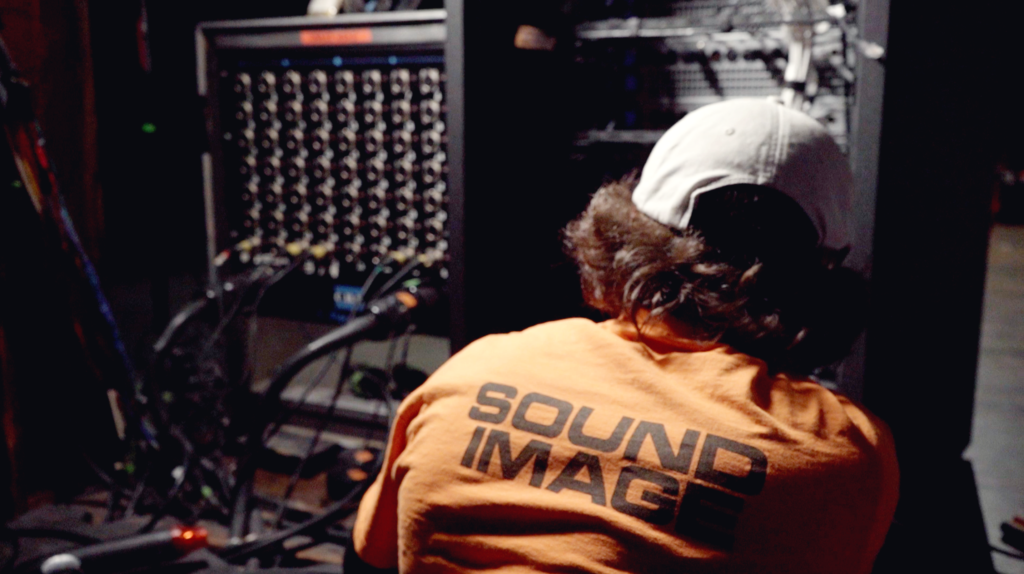 The new EAW PA system consists of 12 KF810P line arrays with six boxes on the left and right respectively, 12 SB818P Single 18-inch flyable subwoofers and four RSX129 2-way self-powered loudspeakers for front fills. When spec’ing the system, Davis wanted to make sure the PA could generate enough SPL from the mains and didn’t want to rely too heavily on the subs. In addition, the venue is a long rectangular space with a balcony on one end, so making sure the balcony was covered was another important factor.

“Even when you push the PA, and make it really loud, it never becomes harsh,” says Davis. “It’s smooth and even and has great coverage from front to back and left to right. For the subs, we created an end-fire cardioid pattern, with eight up-front and four behind it, for full energy while still getting coupling and coherent low frequency, and not losing SPL. We also added EAW’s RSX129 for front fills because they can keep up with the mains and add extra value in terms of being scalable and reconfigurable for a range of applications at the theater.”

Originally built in 1914 and then later rebuilt in 1917 following a major snowstorm, the Orpheum Theater is located in the center of downtown Flagstaff. It is  listed on the National Register of Historic Places and recognized as one of the West’s most significant theater structures. The classic 650-seat space with additional standing room up to 1,000 people, hosts major bands, plays, classical concerts, film screenings, community events and occasionally TV shows.

“We made a very significant investment for the theater in order to attract more national acts,” adds Scotty. “We are excited to unveil it in the very near future, once the theater re-opens.”