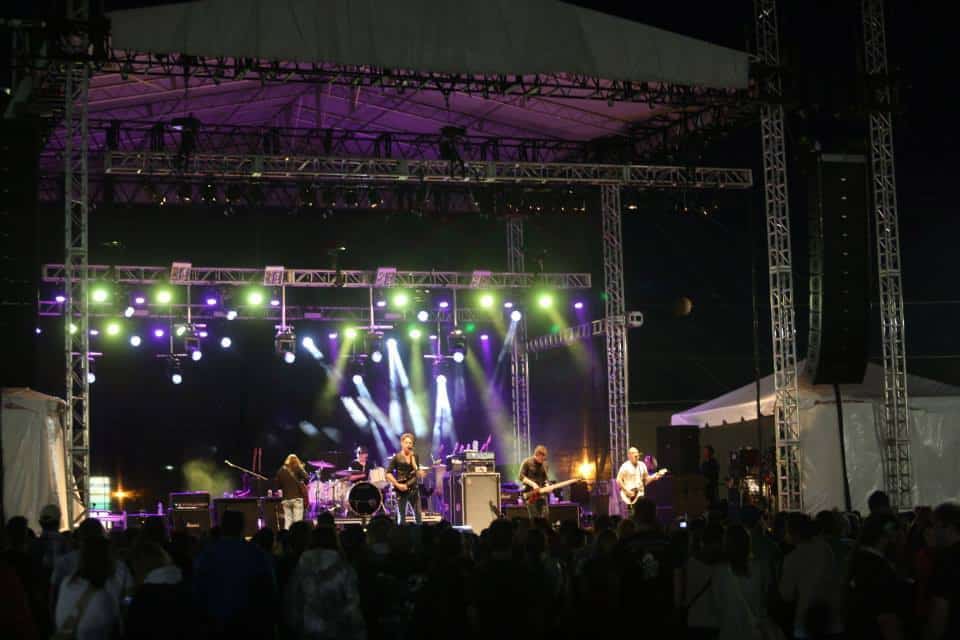 Held over three days in August on the Fredericton Loyalists’ Rugby Grounds overlooking the Saint John River, FredRock Music Festival typically welcomes a wide variety of artists, and this past year was no exception. In addition to performers like K‐OS, Classified and City and Colour, however, FredRock ramped up the ‘rock’ substantially by including acts like Buckcherry, The Tea Party, Big Wreck and Sebastian Bach

“We’ve been doing FredRock Music Festival for four years,” says Mike Jones, owner of Signature Sound who supplied the sound and lighting systems for this event. “Every year it’s gotten bigger and this year we needed a larger audio rig to deal with it.” Consequently, the company deployed its latest acquisition, a system comprised of EAW KF740 line array modules and SB1001 and SB1002 subs.

While Signature Sound are relatively new EAW users since purchasing their system through SFM in January 2013, they’ve used it on a large variety of events ranging from corporate gigs to the Evolve Music and Awareness Festival in Antigonish, NS and, following FredRock, Fredericton’s Harvest Jazz and Blues Festival in September 2013. “We were looking for a lightweight system that had a lot of power,” Jones says, “one we could use in smaller venues, but one that was scalable for larger events and the EAW rig definitely fits the bill. What we can do with just eight boxes per side is phenomenal.”

For FredRock, Signature Sound augmented their existing system by connecting with another EAW user through The Canadian EAW Touring Systems Network (CETS) and bringing in eight additional KF740s. In all, the FredRock system was made up of twelve KF740s per side – processed (using three EAW UX8800s loaded with the latest Greybox settings) and powered in pairs – as well as a mix of SB1001 and 1002s subs, six per side. “That might seem a bit light,” Jones says, “but with the KF740s you get a lot of low end in the air, which I found unique, so it worked beautifully. We actually had sixteen third party subs in the middle, but we really didn’t even have to turn them on.”

Low end was key, he adds. “We had Big Wreck, who are known for needing a lot of low end, and Sebastian Bach on the same day.” Bach, a late addition to the lineup, was the only act Jones was a bit concerned about, “But his FOH tech never hollered for more PA. With that genre of music, often they’ll run right to the limit no matter what, but the system just purred along. I spent a lot of time at the back of the field and at 350 feet from the stage we were still – easily – at 110 dB and it sounded as clear as it did anywhere else.” And that’s with no delay towers: “On paper we didn’t need them. Sometimes specs don’t mean much, but the EAW PA did exactly what the specs said it would.”

Power and precision were some of the main selling points for Signature Sound, puts in Elie Bellama, EAW Product Manager at SFM. “At an outdoor festival you don’t have the acoustic coupling you’d have in an indoor venue, so you need a lot of output to cover a large area, but also excellent clarity, and this rig provides all the intelligibility and output you need.”

Ultimately the sound made everyone happy – the festival organizers, the audience, the artists and,perhaps the toughest folks to please, the performers’ FOH engineers. “Buckcherry actually tour with EAW equipment, so their engineer knew the system very well and said ours worked just great,” Jones says, “and it’s really good to hear that from someone who’s been around the world with the gear.”