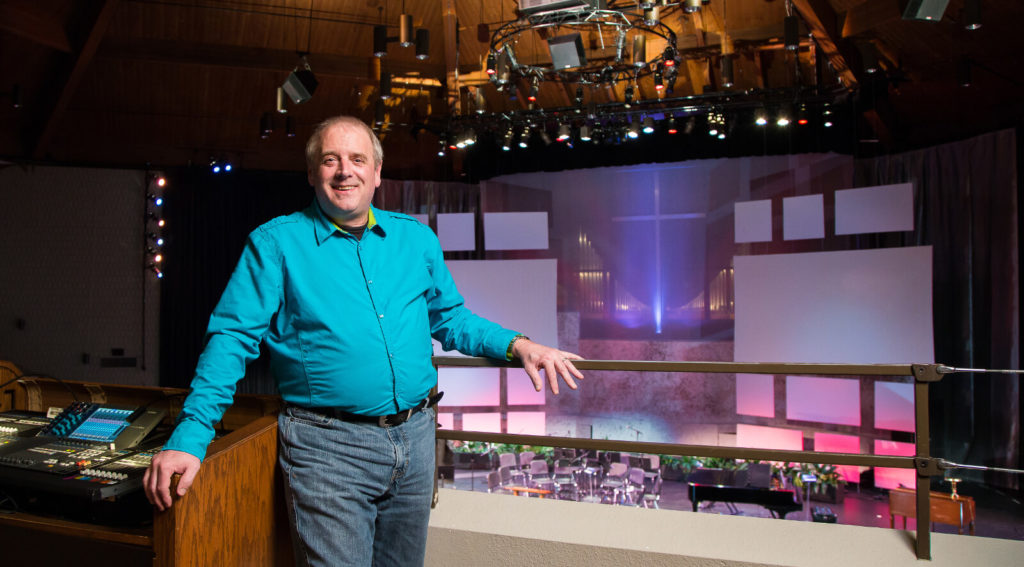 Eastern Acoustic Works has revitalized the sound systems of major houses of worship with its QX Series, the state-of-the-art, high-output solution for permanent installations.

At Westminster Chapel (Bellevue, WA), Morgan Sound employed a Left/Center/Right (LCR) system with a single QX566i module on the left and right and a QX596i in the center. This 3-box system provides coverage for an astounding 80 percent of the Chapel. Stephen Weeks of Morgan Sound used EAW MK8126i systems as balcony delays, JF60z systems as under balcony delays, UB52i systems for front fills and an SB528zP cardioid subwoofer array to support the main QX systems.

“The improvement is night and day,” Weeks said. “The new system provides clarity to every seat in the house. Everyone in the room can hear the pastor speak normally, at a reasonable volume level, but there’s also plenty of power available for higher-level music.”

The spectacular pattern control of the QX Series in such a compact and attractive package had a tremendous impact on the Westminster installation. “I wanted to leave the Church a legacy that would last the next 20 years,” said Larry Dragland, former Westminster technical director who helped oversee the install. “Our pastor is soft spoken, so we needed clarity and headroom. Mission accomplished. Now I can place the vocals over the top of this mix and still hear the instruments without losing the intelligibility.”

To complement the QX units, Jim Burdette, WJHW’s senior consultant, used EAW KF394 and KF364 compact, three-way systems for short-throw audio. “Those have a very similar mid-high profile to the QX500’s, so that worked very well,” Burdette said. They rounded out the system with UB52i’s for the side and front fills.

Burdette complimented the QX Series’ tuning and pattern control. “The pattern offerings are very usable for designing cluster arrays that behave well together. When trying to cover a majority of the audience with each of the left-center-right clusters, you need something that arrays well and has minimal phase, off-axis and destructive interference issues. The previous system sounded pretty poor from not having the pattern control or the coverage of the QX. This is a significant step up.”

That step up also greatly impressed its listeners, and at a comparatively low price. “EAW’s product has a lot of bang for the buck,” Burdette said. “The parishioners and staff have said ‘wow, we can’t believe we’re hearing all of the different vocals.’ People of all generations feel the sound is much improved and much more pleasant, and those with more discriminating ears have commented on hearing all the different parts, instrumentation and tonality.”

EAW systems have been recently installed in many other houses of worship, and can be experienced at venues such as J.W. “Jack” MacGorman Chapel on the campus of the Southwestern Baptist Theological Seminary (Fort Worth, TX), Village Seven Presbyterian Church (Colorado Springs), The Voice of Evangelism (Cleveland, TN), Northside Christian Church (Spring, TX), and many more.