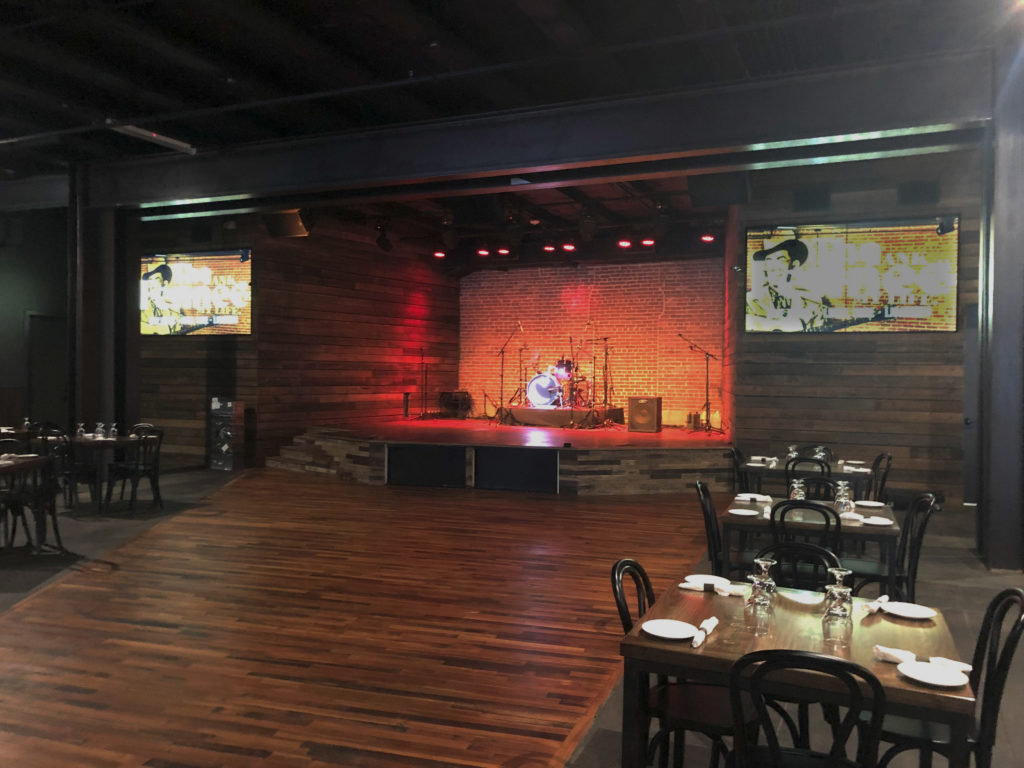 The Fennec is a 2-story venue, with the main restaurant and event space on the first floor and a dedicated private event space that can be rented out on the second. The design of the building did present some challenges to Panepento that were easily solved with the combination of products from EAW, including the RSX Series, RS Series, RL Series and VF Series PA components.

“We needed to use point source speakers because the space has 13-foot ceilings,” says Panepento. “Having used EAW before, I knew they would have a speaker that could overcome that issue. The team at EAW sent us RSX series demo speakers that we tried out in the space, and they sounded great. The demo really helped solidify EAW as the right choice for the venue.”

Since the first floor/main level is all open and there is no divider between the restaurant and the live space, Panepento needed to be able to deliver powerful sound that could be contained within about 50 feet so as not to adversely affect the diners. The EAW PA system Panepento installed on the first floor included three RSX129 boxes in a LCR setup along with two RSX218 subs built into the stage. Two RSX86 speakers are used as delays located about 50 feet out from the stage with two RSX12M floor monitors.

On the second floor, which is used for private events including weddings, corporate functions and parties, the stage and speakers are modular. The speakers can be rolled out and placed wherever needed. For this room, Panepento specified four EAW RS123’s for the mains, two RL18S’s for subs and two VFR89I’s for delays, which are flown from the ceiling.

“I love all of the EAW boxes we installed,” adds Panepento. “The speakers have the response and power to do the job and sound great. I have been doing this a long time and I can honestly say, they are the best sounding speakers out of the box without any EQing. The RSX series speakers hit all the highs and lows. Also, the ability to rotate the horns was paramount as they are hung horizontally. It helps to make sure the sound dispersion is correct. In addition, Sound Engineer Davy Moire was with me when we turned them on, and he also thought they were the best sounding speakers right out of the box that he has ever heard. If you know Davy, that’s saying a lot. We definitely made the right choice.”