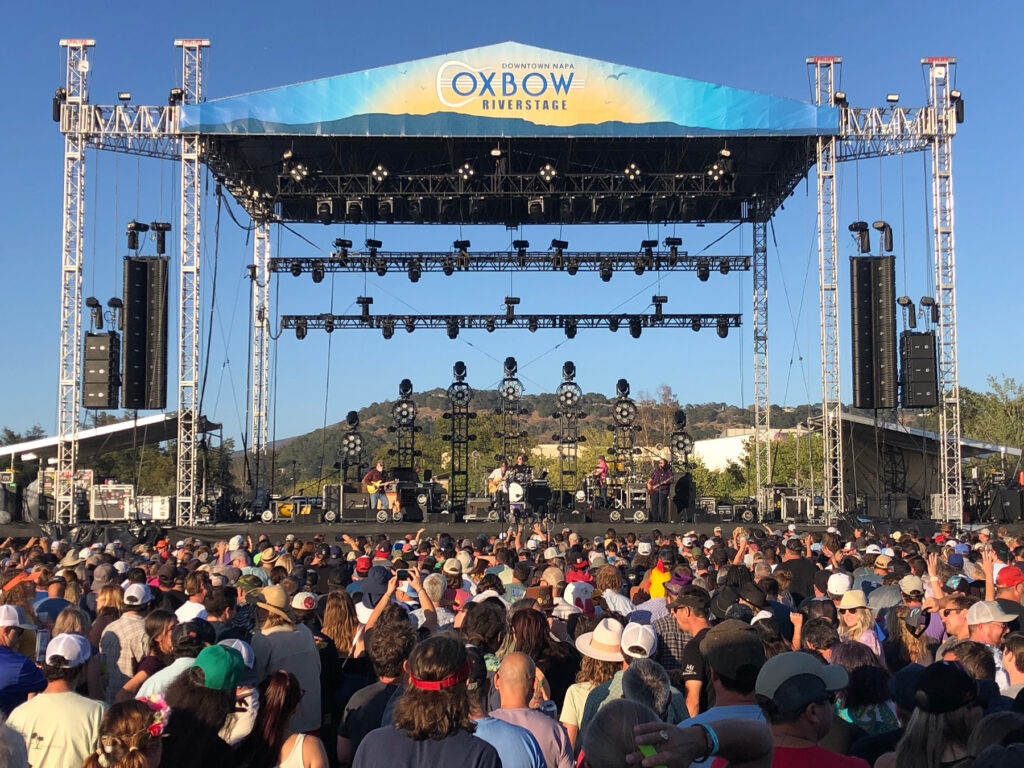 NAPA, CA, OCTOBER 24, 2022 – The organizers of Downtown Napa’s Oxbow RiverStage wanted to take the outdoor festival-style venue’s sound quality to the next level for the 2022 season and knew, in order to achieve this, they needed to re-evaluate their PA system. With top national touring acts gracing its stage, the audio quality and coverage needed to be pristine. Oxbow RiverStage organizers along with Sound Image Productions, who provided the complete audio, lighting and staging package for the concert series, decided on a PA system from Eastern Acoustic Works’ (EAW®) ADAPTive line, including its Anya Loudspeakers and Otto Subwoofers. This year’s event featured some of music’s biggest acts, including Brandi Carlile, Lovers and Strangers, a-ha, Trombone Shorty’s Voodoo Threauxdown, Third Eye Blind, Robert Plant and Allison Krauss, and Widespread Panic. In all, Oxbow RiverStage utilized nine Anya’s flown inside and three Otto subs on each side of the stage.

“We worked with the City of Napa this year to deal with concerns we’d had in past seasons with bleed into neighboring communities,” says Mike Brown, Head of Audio, Sound Image Productions. “Turning the stage around and moving it to the other side of the venue helped, but EAW’s Anya ADAPTive PA system was amazing. The flexibility of Anya allowed us to control our sound and place the audio where we wanted it and keep it away from where we didn’t want it.”

With the new stage orientation, the landscape featured a train bridge almost 400 feet in front of the stage. “This long, perpendicular concrete structure creates a very pronounced slap back into the audience,” adds Brown. “With the Anya’s and Otto’s, we were able to reject a lot of the low end behind the hang, and focus energy into audience areas, reducing transmission into surrounding neighborhoods. We were also able to reduce the delayed reflection of the train bridge by limiting the coverage back into the lawn.” 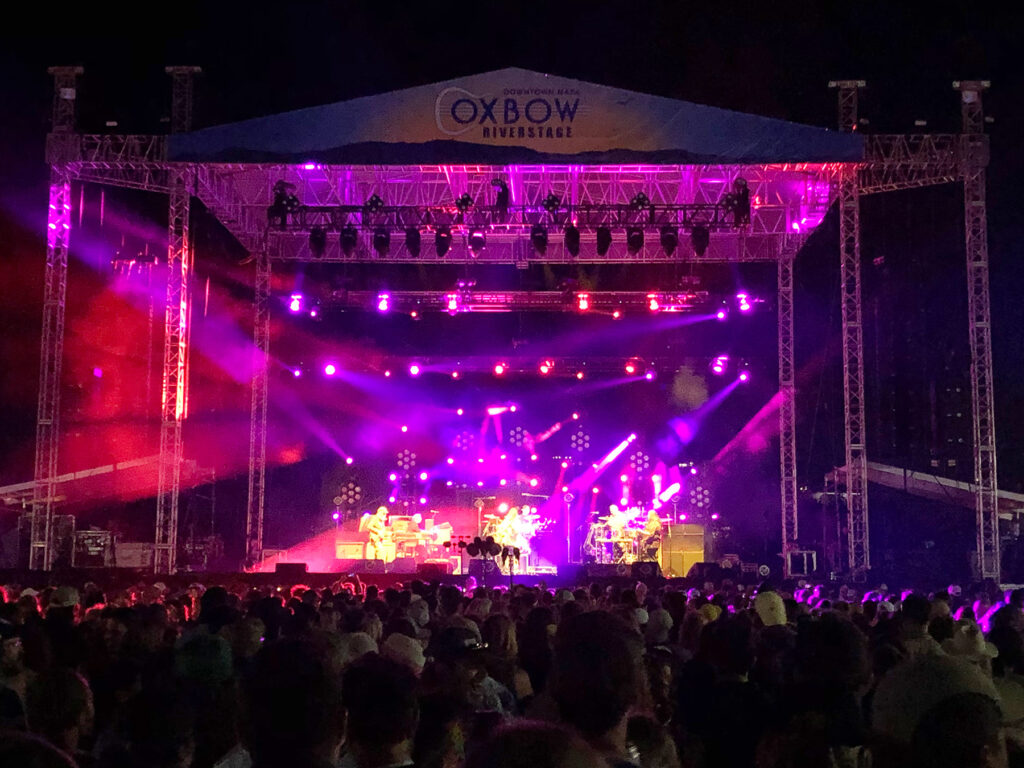 EAW’s Anya is a complete, self-contained, high-power sound reinforcement system that adapts all performance parameters electronically, allowing it to be used in virtually any application. Arrays of Anya modules hang straight, without any vertical splay, and Resolution 2 software adapts total system performance to produce asymmetrical output that delivers coherent, full-frequency range response across the entire coverage area as defined by the user. It is extremely powerful and immensely scalable, making it suitable for anything from small venues to the largest stadiums. 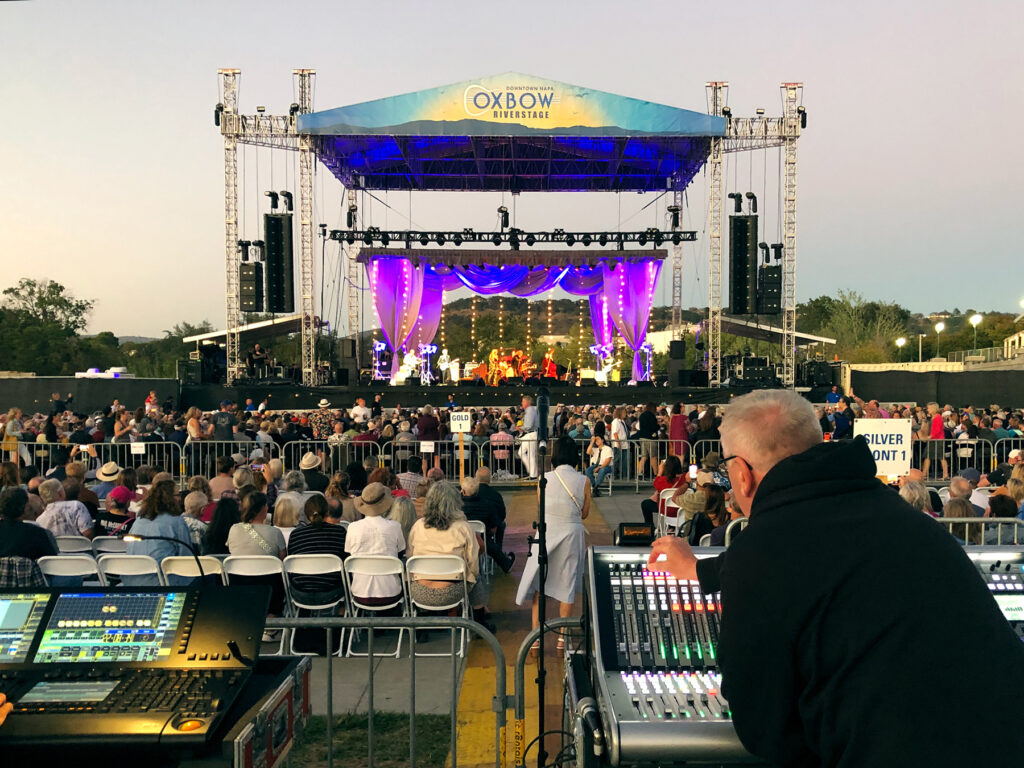 The Anya system that Oxbow Riverstage utilized this year was incredibly well received by those who used it. “James, the FOH engineer for Third Eye Blind, was enamored with the system after he finished mixing the show and wanted to learn more. After I showed him the system, he was really impressed. The EAW ADAPTive system is really a great PA, and it exceeded our expectations for this event,” concludes Winston Damme, Audio FOH Technician.